Joy and excitement were in the air as Living Waters Philippines celebrated her first year anniversary of broadcasting the Panahon ng Paghihom Sa Heartline program with FEBC 702 DZAS. Joining the celebration last August 20 at Antel building in Ortigas, the 120+ people in attendance were open, receptive, and grateful for all those who impart through the programing over the air waves. Benji Cruz, the national director of Living Waters along with his deputy Jayvee Dychioco host the program every Monday night (with broadcaster Carmen Go-Vargas once a month). In honor of the celebration, they shared their highlights, bloopers, and heartfelt moments regarding the first year of their programming.

Other members of the Living Waters team including Hazel Cruz, Ted Navarro, Tanniah Navarro, Vicky Dychioco, Mildred Planas, along with a guest from Shanghai, China Living Waters, Shirlee Ashworth were also present; some of whom joined in sharing their experiences as guests.

The team and guests sensitively approach each program as they ask Jesus what it is that is important to share during their time on the air. They realize many are listening who they may never be able to meet in person and approach this time with great care and sensitivity. Vicky, Jayvee and Hazel specifically spoke of using listening prayer in preparation for their time on the air to ensure they would share the Father’s heart during their time of ministry.

Hearts were touched deeply in the prayer time, as safety to be vulnerable from deep places in their hearts was expressed. Their stories were handled with great care as the ministers took the requests directly to the Father.

One woman shared her struggle with same-sex attraction and how she came out of hiding inspired by program guest Tanniah Navarro’s testimony.  “Kaya po ako nagkalakas ng loob maging open sa aking struggle dahil sa narinig kong openness and vulnerability ni Tanniah,” she personally told Tanniah and her husband Ted who was with her during the anniversary celebration.

The gift of vulnerability, which is so freely shared over the air by the hosts and guests, has clearly been imparted to the listeners of the broadcast. One could easily see this as the listeners, who came as far as Tagaytay, without reservation, asked for personal prayer at the end of the celebration.   And many LW team members shared some of their deep-seated struggles and heart issues which they never shared before, not even in highly confidential LW small group sessions.  “Aba, di ko alam yan ha,” has become Benji’s bewildering line.

In a world where secrets are encouraged and sometimes valued, a program such as this brings much hope, light, and healing to those caught in the bondage of secret sin.

During the August anniversary month, television star Anthony Rocquel (formerly known as Tonet Macho) guested and shared his journey out of homosexuality.  He said after the show, “Praise God! So nice the topic!  I’ve done a lot of interviews already pero the best was last night!  I really felt the Lord’s fatherly embrace in the studio.  Assuring me of His love.”

And that’s what Panahon ng Paghilom is all about — reaching our for the Filipinos all over the world with the warm embrace of our Heavenly Father!  And with millions of Filipinos feeling the pangs of loneliness living in a foreign land, the warmth of that Father’s embrace brings both companionship and healing.

Please tune in to Panahon ng Paghilom and join us in hearing the rhema word of God which alone brings healing!

Acts of Love, Laws of Life 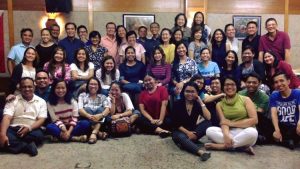 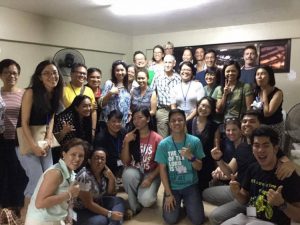 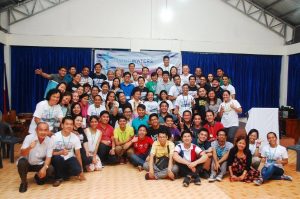