Growing up in the church although coupled with abuse, I still thought I knew what healthy boundaries were. Mom and dad were whole heartedly committed to the church which was admired by many. But I always knew something about their commitment left them and us children vulnerable to unnecessary pain and hurt. It was hard for me to know where the church members ended and we as a family began but I trusted that was the way we were meant to serve. Mom and dad were always available for the needs of the church and nothing seemed more “Christlike” and “humble” yet I never really knew who my parents were.  I was also convinced as a child that healthy boundaries included… Being best friends with my mom, feeling responsible for her feelings, and taking care of those emotional needs she was not taking responsibility for herself which created great lack in her, (if she was upset I knew exactly what to do to make her feel better and was quick to do it) I thought healthy boundaries was doing things for others even if they were done out of the place of my need for acceptance and validation. As I became aware of my woundedness, I would share all of my story, all of the time, to everyone. I even sexualized my need for comfort and acceptance by acting out in sexual promiscuity.  But the reality was I didn’t know where I began and others ended. I didn’t know where I ended and others began. I was what everyone else needed and was quite proud of that flexibility what I thought was being quite spiritual. I gave all of myself away to others and as relationship after relationship failed and I was always feeling hurt, resentful, and entitled, I began to realize I didn’t know who I was outside of the label a Preachers daughter. I began to realize that becoming what I thought others wanted really wasn’t what would bring to a relationship that which was needed for it to endure. It was not who I truly was or am. I found myself becoming even more insecure which in turn lead to more addictive sexual acting out whether it be by masturbating or in sexually promiscuous relationships with men as well as a woman, at one point. I discovered, with time, those lines which are truly healthy boundaries were blurred and actually most had been erased. I finally decided I was not happy with the temporary relief and false affirmation which came from how I was doing life. I wanted to be able to stand on my own in relationships without having to figure out what I thought others wanted. I was tired of feeling resentful. Of always falling short of the expectations of others and defining myself by this. So… I took a step. I created a healthy distance when mom and others were upset, and found that nothing bad would happen to them when I didn’t take care of their feelings and needs, I began to be honest with myself and others by saying no to things, which came from that place of longing for affirmation and acceptance. I began saying no to opportunities which would lead to sexual acting out. I began to say yes to the truth of how I was really feeling. I began to discover and enjoy who I really was in the moment. I began to realize that denying myself, as Jesus says, didn’t mean denying who He created me to be or my personhood for another but in discovering who God made me to be and giving myself to Him.  I found that in loving the woman He created me to be, I could actually give more authentically of who I am. I could set boundaries, such as taking time out just for myself, which actually strengthened relationships. I actually felt I was becoming a contributing part of relationships not just as an empty shell who was trying to give out of nothing in order to make another happy. I actually began engaging with others, coming to them as more of a whole person…now some didn’t like the changes, of course, but I realized I needed to be ok with the potential loss of some of the relationships because when dynamics change in a relationship, some people aren’t able to embrace the change. It was painful and continues to be as it still happens but walking through the grief and loss continues to be another beautiful way of learning who I am. I daily walk out the setting of appropriate boundaries and sometimes I do better than others but I learn more with each time and continue to become stronger and more and more authentic, really knowing, acknowledging, and loving who God created me to be while then sharing this gift with others! 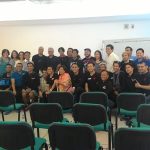 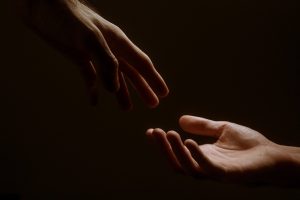 BEING HEALED FROM ABUSE

BEING HEALED FROM MISOGYNY